Each script consists of a sequence of commands that are executed one after another. Each command is also a script. Here you can add and change the commands of the current script. The Script tab is divided into two parts - on the left there is a list of commands and on the right there is a card with parameters of the current command. The script can contain calls of other scripts, so the list of commands can be represented as a tree. Above it there are buttons that allow you to editing this tree. You can insert, move, delete and disable scripts. 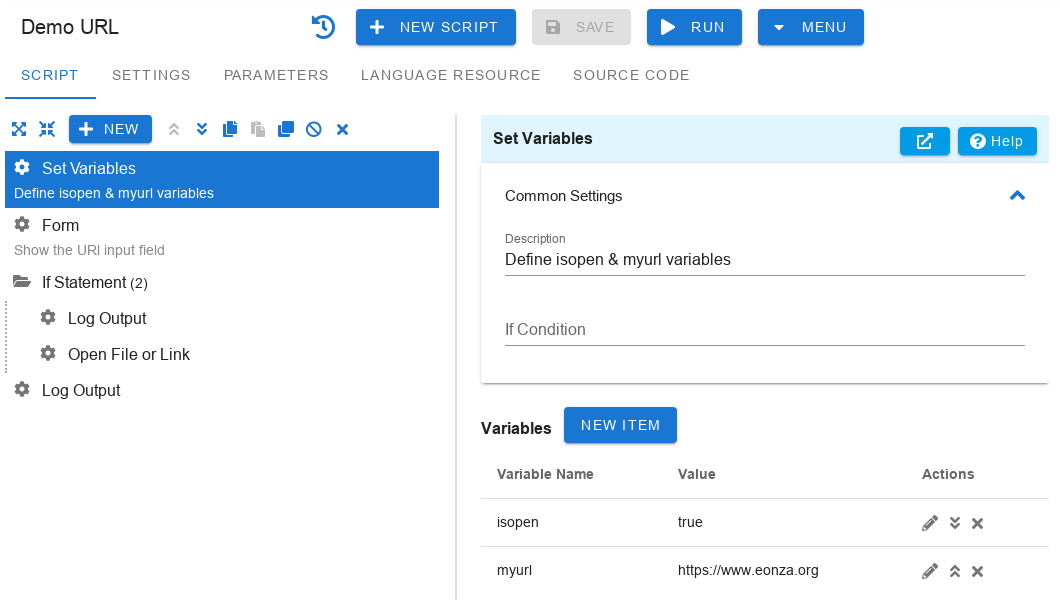 For each command you need to specify parameters in the card on the right. In addition, the card of each command has Common settings that are the same for all scripts.