If you want to try Eonza, you don't need to download it. Go to the site https://playground.eonza.org and it will open a working version of the Eonza program, which is installed on the remote server. There are several nodes that are periodically initialized and, as a rule, one user occupies one node. Keep in mind that you are working in a demo version that may be available to other users, so do not create complex scripts that would not want to lose, and do not place sensitive information there.

Limitations of the online demo version

Since the demo version runs on real hosting and the program has great computer control capabilities, there are a number of limitations for each node. They protect the server from accidental or intentional dangerous actions.

If an error occurs during the script operation due to sandbox limitations, the script will stop working and output an error that starts with text [Playground]. 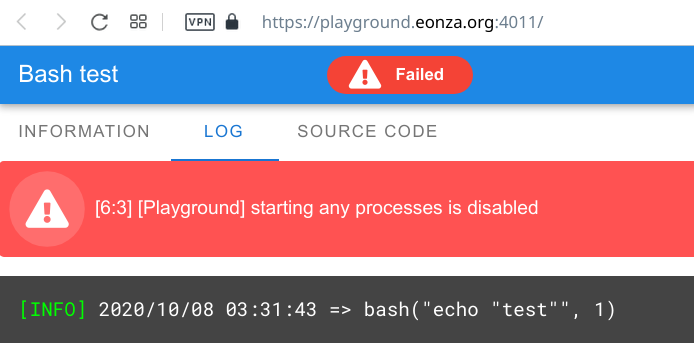